Welcome to another not so random edition of Random Tag Tuesday!  Christmas is right around the corner now and upon finding this tag I knew exactly what I had to do. 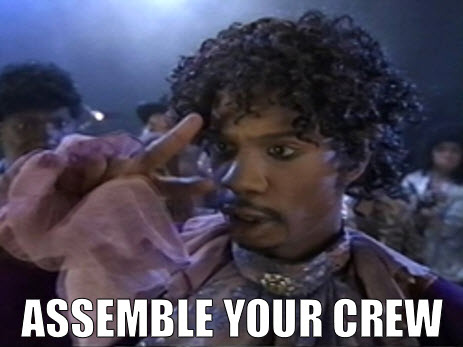 Kaladin Stormblessed (Oathbringer, by Brandon Sanderson): I chose Kaladin mostly on account of the amusing and rather unconventional gift he gives a certain character for her wedding.  I definitely appreciate a fun gift giver!

Bellonda (Chapterhouse Dune, by Frank Herbert): The Bene Gesserit are a pretty rigid lot to begin with, but Bellonda strove to be even moreso, vigilantly confronting any perceived deviations from her vision of the Sisterhood’s orthodoxy.  This stern woman would most definitely be a scrooge and at best would only tolerate celebrations as a means of manipulating people.

Swan Er Hong (2312, by Kim Stanley Robinson): Decorating a Christmas tree might seem a bit mundane for Swan following her gigs turning asteroids into spaceships, designing landscapes on Mercury, and extreme body modifications/performance art, but I bet she could do something absolutely amazing.  Perhaps even genetically modify a tree of her own while she was at it.

Lift (Edgedancer, by Brandon Sanderson): Lift would very much embrace the Christmas/Holiday season.  While I think she’d like presents just fine, for her the food is where it would really be at.  I could easily imagine her hitting up several feasts and bakeries before gleefully making a night out of visiting people’s homes for the thrill of sampling Santa’s cookies.

Orhan (Sixteen Ways to Defend a Walled City, by KJ Parker): I could see Orhan having a lot of fun in this role.  He is incredibly cunning, is great at alternately irritating and motivating people, and is an engineering genius.  He might go heavy on the puzzle games, but I bet they’d be amazing!

The One Who’s Been in their Pyjamas All Day

Kizzy Shao (The Long Way to a Small, Angry Planet, by Becky Chambers): She’s either hung over/strung out of from the Christmas Eve party or just happy to enjoy some done town with people close to her, but either way she’s my nominee here.

The One Who Dressed up as Santa

Freya (Aurora, by Kim Stanley Robinson): I picked Freya in large part because, well, I got stuck here.  In her time on the colony ship, however, she did display a strong interest in befriending her fellow travelers and participating in the various communities aboard the ship.  Perhaps it wouldn’t be too much of a stretch then to imagine her dressing up as Santa for the kids.